A is for Achievable 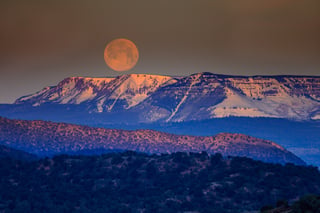 In this series we explore the science behind the 5 elements of a SMART Goal (Specific, Measurable, Achievable, Relevant, and Time Constrained). This week's article is about the “A.”

Oh “Achievable.” How did you get such a prominent position in the most well known framework for creating effective goals?

George Doran’s original SMART had “Assignable” as the A... but he did use “Realistic” for the R. Today the most common SMART acronym uses “Achievable.” But still, whether it is “Realistic” or “Achievable” how is this one of the 5 most important characteristics of an effective goal?

Can you imagine the conversation a rocket scientist who recently read Doran might have had with President Kennedy in the Fall of 1962?

Rocket Scientist: Mr. President I don’t feel like putting a man on the moon in this decade is realistic. What about a more achievable goal like sending a little robot up there?

President Kennedy: We choose to go to the Moon in this decade and do the other things, not because they are easy, but because they are hard; because that goal will serve to organize and measure the best of our energies and skills.

The president knows what he’s talking about, and he’s backed up by the scientific research. In fact almost all goal research says that goals should be difficult or challenging in order to improve employee performance. “We choose to go to the Moon and do the other things...because they are hard.”

Unfortunately, SMART doesn't say anything about making our goals difficult. “Brush your teeth on the first Tuesday of every month,” is technically a SMART goal. However, since most of us are setting goals with the purpose of improving performance it seems like a strange omission.

For that reason I think it is important that we bring some nuance to the A in SMART so our goals will be better aligned with the scientific research.

For that lets turn to the work of the famous goal researchers Locke and Latham. They considered the idea of achievable goals, but only in the context of setting challenging goals.

One of the duo's most fundamental findings over their entire career was that, “the more difficult the goal, the greater the achievement.” This finding held true even when the goal was impossible.

But impossible is the opposite of achievable, what is going on here?

What Locke and Latham are saying is that when we set goals they should be the most difficult goal that our employees will believe is achievable, and therefore stay committed to. So yes, our goals should be achievable in the eyes of our employees, but our goals must first be challenging or they will not drive improvements in performance.

When Kennedy is giving his famous Moon Speech he is not interested in compromising on his audacious goal, he is trying to make the country believe in it, believe that it is achievable to go to the moon. Rather than making the goal easier, he is increasing the belief of his people.

Practically what this means is that when we look at the A in SMART it shouldn't make us want to set easier goals. Instead it should remind us to set the most difficult goals that we can then convince our employees are achievable. The A in SMART should really stand for “An almost impossible goal that your employees will believe is achievable.”

Subscribe to our blog to get our next post about the R in SMART - Relevant. We'll dive deeper into the idea of keeping employees committed to goals.