Are Your Goals Too Measurable? 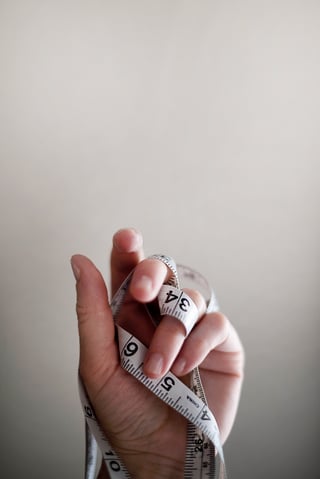 In this series we explore the science behind the 5 elements of a SMART Goal (Specific, Measurable, Agreed On, Realistic, and Time Constrained). This week's article is about the “M.”

SMART goals are most commonly associated with the iconic management consultant Peter Drucker. He articulated the ideas behind SMART in his 1954 book The Practice of Management. Drucker believed an organization should start by setting objectives and then working backwards to determine the work needed to to achieve them. The S-M-A-R-T acronym however did not appear until a 1981 article entitled There's a S.M.A.R.T. way to write management's goals and objectives.

The ideas behind SMART are timeless, however if you simplify complex ideas into simple acronyms a lot is lost. That is why we think it is time to go back to the source, and explore exactly what makes SMART goals smart.

This week we look at the M, which stands for Measurable.

A measurable goal includes a metric or metrics that can be tracked so those involved know when the goal has been achieved. Many of us are guilty of setting goals that can’t be measured. For example maybe you have wanted to “be healthier.” Without metrics to quantify that goal it will be very difficult to know how much progress you are making or when you finally achieve "healthier." The unmeasurable goal is also an unclear goal, healthier could mean weighing less, but it could also mean running more.

When we make goals more measurable we also make them more motivating. From the last example, we might decide to throw out our goal to be healthier and replace it with a goal to complete a 5k race in under 30 minutes. This new measurable goal allows us to calculate exactly how much time we need to improve, and there is no ambiguity around if or when we achieve it. In fact there will be a triumphant moment when we cross a literal finish line.

The value of measurable goals is well understood, and Measurable is probably the most popular of the five characteristics of a SMART goal. So rather than convince you to make your goals more measurable, let me make the case that maybe your goals are already too measurable.

George Doran coined the acronym S.M.A.R.T. back in November of 1981, and in his original definition Doran is far less insistent on measurability than many of us are today. Doran said, “Notice these criteria don’t say that all objectives must be quantified...managers can lose the benefit of more abstract objectives in order to gain quantification.”

"Blasphemy!" I hear you say. But Doran is not the only one.

Drs. Edwin Locke and Gary Latham are the grandfathers of the study of modern goal-setting. These two scientists do not even include measurability in their 5 Goal Setting Principles. Instead measurability is discussed only as a way to give your goals more Clarity. For Locke and Latham measurability was important only as much as it made goals more clear, because clear goals are more motivating than ambiguous goals.

Now you might be thinking that Doran, Locke and Latham are luddites from another time. A time before big data, sensors, and tracking everything. Modern companies like Intel, Google, Uber and Twitter only care about things that are totally measurable.

Well lucky for us we know how Intel, Google, Uber and Twitter set goals. They all use a popular framework called OKRs. OKR stands for Objective and Key Results. The objective is a qualitative goal (ie not easily measurable) and the key results are several metrics that will be used to determine if the qualitative goal was achieved. Notice how the squishy unmeasurable goal come first in their framework.

The thing that Doran, Locke, Latham, Intel, Google, Uber and Twitter all have in common is that they don’t choose goals based on measurability. They set the goals that are most important for their companies first then they figure out the best way to measure them.

It is important to separate the goal and how we measure it because when we focus just on hitting certain metrics it can create perverse incentives. For example, maybe as a way to run that 5k race in under 30 minutes we drink a ton of caffeine and take a dangerous supplement. Sure we beat hit our metric, but we definitely did not achieve the original spirit of the goal which was to be healthier.

So by all means keep making your SMART goals measurable, just don’t compromise on what matters just so you have an easier time measuring. The OKR framework is helpful here. Set your goals first and let them be unencumbered by how easy or hard they are to measure. Then figure out how to make them measurable.