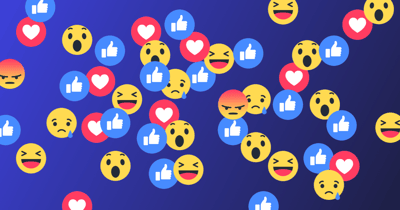 Facebook stands apart from the crowd in more ways than one. Their performance management strategy is no different.

Although some Fortune 500 companies are moving away from performance evaluations, Facebook is standing firm by conducting biannual 360 reviews. The company also facilitates a continuous stream of real-time feedback, allowing employees across the globe to give and receive feedback.

Peer reviews and feedback has the potential to create a competitive and hostile work environment -- but from what it sounds like, you won’t hear employees complain about that at Facebook. Instead, coworkers often exchange feedback with complete cordiality and civility, to the point that one news outlet labeled the work atmosphere “cult-like.”

Whether or not the employees are as happy as their Facebook profiles make it seem is up for debate, but one thing is certain -- Facebook’s talent is certainly taking the already-successful company even greater heights.

Employees and managers at Facebook generally know what to expect when biannual performance reviews roll around. Due to the company’s continuous stream of 360 real-time feedback, everyone has a good understanding of an employee’s performance prior to the appraisal, minimizing any uncertainty or ambiguity on both ends.

All of Facebook’s global employees have access to internal software that enables real-time feedback among coworkers, while management uses the software to keep track of project progress and provide general support. The information gathered in this system, as well as the feedback collected from three to five close colleagues in peer reviews, is what managers use to determine each employee’s performance at the biannual review.

Molly Graham, a software engineer at Facebook, shared online that the actual process of gathering 360 feedback is dubbed the Performance Summary Cycle. According to Graham, “There is a two week period where employees solicit peer feedback (usually 3-5 peer reviews), and write a self assessment. Managers then read all the peer feedback and the self assessment and determine a ‘Performance Assessment’ or rating of the employee's performance over the last six months as well as whether or not it is the right time to promote the employee.”

In an interview with Business Insider, Facebook’s VP of People Lori Goler stated that the company’s evaluations act as checkpoints rather than in-depth investigations into an employee’s performance. Goler claims that if anything is surprising in these reviews, then “something has gone horribly wrong.”

Employees walk away from their appraisals with a grade out of seven. The numbers are given definitions from “redefines” to “does not meet.” This stack ranking system has obviously worked to some degree, as evidenced by the social network’s astronomical success and impressive talent, but it has had a somewhat polarizing effect among employees and ex-employees.

According to a 2016 edition of the Harvard Business Review, Facebook promotes three core values in their performance management strategy: fairness, transparency, and development.

However, it sounds like some ex-employees would argue that the company did not always live up to these values.

In January 2019, Salvador Rodriguez of CNBC conducted in-depth interviews with more than a dozen former employees to ascertain how the felt about Facebook’s performance culture. The Ex-employees likened the company to a cult, claiming that employees feel a distinct pressure to never show dissent, to keep up appearances on their Facebook profiles, and to force cordiality and friendships with their coworkers in order to advance.

Here are few statements from these employees regarding their struggle with the company’s performance review system:

“It is not OK to act like this is not the best place to work." - Former employee

"People are very mindful about who they're connected with on Facebook who they also work with and how what they're posting will put them in a favorable light to their managers.” - Former employee

"It's a little bit of a popularity contest. [With the Peer Reviews ] you can cherry-pick the people who like you — maybe throw in one bad apple to equalize it." - Former manager

In direct opposition to COO Sheryl Sandberg’s personal mantra to strive for authenticity at all costs, one former employee claimed, "I never felt it was an environment that truly encouraged 'authentic self' and encouraged real dissent because the times I personally did it, I always got calls.”

Many of these ex-employees attributed Facebook’s recent series of scandals to its so-called no-dissent work culture. If employees had been encouraged to give honest and critical feedback, they said, some of these problems may have been caught prior to their exposure in the media.

While the peer review component of their performance management strategy may be an efficient way of assessing each employee’s strengths in such a large company, many former employees felt that it often turned into a simple popularity contest where coworkers were pitted against one another to compete for advancement.

However, there are two sides to every coin, and there are obvious and unmistakable benefits to Facebook’s performance management system that are hard to ignore.

The Benefits of Facebook’s Strategy

Lori Goler, along with head of HR Business Partners Janelle Gale and writer Adam Grant, implored fellow HR representatives and companies not to “throw the baby out with the bath water” when it comes to performance reviews, claiming that the complete disregard of performance reviews is an overreaction to how they’re executed. Facebook’s implemented system was discovered to be the most practical and efficient among the various methods they tried. They write:

“Many companies that are abandoning performance evaluations are moving to real-time feedback systems. That is an excellent way to help people repeat their successes and learn from their failures. But it doesn’t help them—or the organization—gauge how they’re doing overall.”

And employees seem to agree--in an internal study, Facebook concluded that over 87% of people wanted to keep performance ratings.

Employees recognize that the system has flaws, but most also agreed that what they have is better than no reviews at all.

Former Facebook manager Daniel Ho claimed that the company’s performance review software and 360 feedback twice a year made it easy for employees to give and receive recognition and visibility. Ho said, “Facebook's process was transparent enough that I knew where I stood and what I needed to work on. It was hard not to notice that managers cared about giving employees ownership, responsibility, and opportunities to learn.”

And Goler et al. agree -- at Facebook, performance reviews are used to help employees understand how their contributions matter to the company’s growth, as well as to more easily recognize and reward top performance.

What to take away

Here’s what we can glean from the way Facebook has constructed its performance management system:

While performance evaluations are not necessarily the perfect system, and can have costly flaws, they are certainly better than no reviews at all. Without formal reviews, performance will still get rated in another, more secretive manner that leaves employees in the dark and creates a sense of distrust toward management.

Even continuous real-time feedback, while a helpful tool to improve an employee’s performance, can employees unsure of their impact on the company overall.