How Does GE Do Performance Management Today? 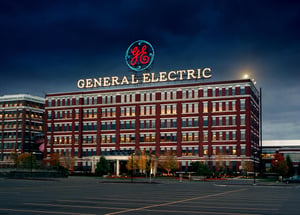 When it comes to discussing performance management, it’s impossible to skip Jack Welch’s “rank-and-yank” review tactics back in the 1980s. During a time when the economic reality at GE demanded efficiency and operational excellence, the company became well-known for its hard-charging and intense approach to performance reviews.

The company has since undergone much change in their style and performance management process. Today they conduct a more evenly distributed and ongoing review process. The focus is less on rating and ranking and more on developing, connecting, and inspiring employees.

Here is what performance management looks like at GE today.

GE rolled out its new performance management strategy at the end of 2016, replacing its legendary Employee Management System that was implemented in 1976 and widely emulated by other companies. The change took place largely due to a program launched in 2013 called FastWorks, which introduced skills and processes to make GE a more lean, agile, and customer-centered organization.

Under the new direction of CEO Jeff Immelt, GE began to shift from annual performance reviews to a system that accommodated the lean and innovative methodology of Fastworks. The organization developed a simple, contemporary smartphone app, designed with the sole purpose of facilitating more frequent communication and meaningful conversations between managers and employees.

The app, called PD@GE, exchanges voice and text input, attached documents, and even handwritten notes between employees, managers, and teams across the company. The organization’s goal was to shift their employee review focus onto continuous dialogue and shared accountability. The app facilitates a constant exchange of feedback year-round; participants can receive suggestions from anyone in their network, including upper management and members of other teams.

In order to continue in the vein of customer-centered growth, GE’s IT team developed the app so that managers can hold regular “touchpoints” with employees in order to set goals and update priorities based on customer needs. At its core, the app serves as a platform to define goals for employees and to enable constant improvement for all users.

While many of the headlines and articles detailing the legendary company’s migration from annual cycles and stack rankings may lead people to believe it’s been a neat and succinct transition, the question begs to be asked: Has GE really gotten rid of annual rankings entirely?

As stated previously, one of GE’s main aims in their performance review strategy is to facilitate recurring, meaningful conversations between managers and employees. Along with continuous feedback through the PD@GE app, the company also mandates yearly summary conversations where employees and managers finalize and submit a summary document together.

During the meeting, employees and managers reflect upon goals met and impact achieved, while casting vision for future goals to be met. These meetings act as an existing piece of the old EMS structure, and operate just as they did before -- with managers basing compensation, promotion, and development decisions on the input provided.

However, with the introduction of the new performance-development approach, these year-end conversations exist as more of an ongoing dialogue rather than a one-time meeting that is loaded with expectations. This allows the conversations to be more meaningful and future-focused, and informed by more specific data of an employee’s contributions and achievements throughout the year.

In a Harvard Business Review article, GE executives Leonardo Baldassarre and Brian Finken describe GE’s new performance-development approach as an attempt to shift the company’s focus from “command and control” to “empower and inspire.” Judging by the company’s latest increase in productivity and significant benefit yield for customers, it’s working.

But how do their employees feel about the change? Let’s take a look at some anonymous Glassdoor reviews to get a glimpse of how GE’s work culture has shifted along with their performance review strategy.

“Great company to work for even while being one of the largest corporations in the world. Never have to worry about not having a job. They seem to care about the ‘little’ guy as much as possible.”

“Best company I have ever worked for. The company knows how to motivate employees and get ahead of competition. Even through rough times they are still competitive in areas. Leaders are trained unlike other companies where managers and leaders are terrible and untrained.”

“World-class training programs and people development. Very smart leadership, great to learn from. Strong organization around the business cycle, you know what to expect. Work/life balance is good, if you make it a priority.”

“Work culture is too good, people around are very professional. Company is very secure for female employees. Offers good work life balance as flexible work hours are allowed. No punch in/punch out needed as GE believes in their employees. Lateral/vertical movement is appreciated after every 3 years.”

“Very big company so it makes you feel unconnected to some of the things that go on. Many times it is difficult to get a straight answer when important, company-wide news comes out. Progressively changing a huge company takes time, don’t expect culture to change overnight.”

“Management can be clueless. Culture has been rough the past few years with layoffs and reduction in force. HR controls a lot of the decisions, with little line of sight to what’s actually happening. And too many buzzwords.”

“Back in the day when Jack Welch was at the helm, GE was run like a well oiled machine. The stock split, GE was good. GE was diversified and the pension was funded. Things changed when Jeff Immelt came and took charge and totally screwed up GE, he did not do what was best for the company, nor did the board of directors. They kept the problem going on for over 16 years. Replacing Immelt and not giving John Flannery enough time to fix a 16 year mess was wrong. After 39 years, this is not the GE I started with. I was embarrassed at the end to say I worked for this company.”

So, has GE’s management served to “empower and inspire” its employees as they set out to do when they shifted their performance management approach?

It may be that time will tell. However, it’s safe to say that many positive changes have occurred during the company’s transitional phase that have impacted many individual pockets of the organization -- and perhaps the most significant is the culture.

Leader of cultural transformation at GE, Janice Semper, set out to change the company’s operations and solutions for its customers by first looking inwardly at the mindsets and behaviors of its employees. The organization has made many strides to change the language and the way that many processes are done in order to promote a sustainable, collaborative, and empowered employee environment.

At the end of the day, GE’s performance management strategy focuses on people and dialogue -- meaning that intensive conversations and enormous chunks of time are dedicated to ensure that each employee is exhaustively evaluated both on what they’ve accomplished and how they lead. Attention is given to each individual appraisal, and manager’s assessments can be questioned or given feedback to ensure that the quality of each appraisal is honest and comprehensive.

And clearly, it’s working -- one of the most repetitive “pros” found in GE’s anonymous Glassdoor reviews is the company’s culture.

So, while it’s hard to say whether or not GE has abandoned its old system for good, it is certain that there have been benefits to both of the company’s major performance review systems. The company would not be what it is today without its Six Sigma, rank-and-yank of the Welch era, and is experiencing continued growth and profound success as they continue to adapt their appraisal process to the needs of their organization in an ever-changing business environment.