How to use ratings the right way in employee performance reviews 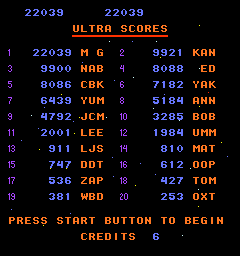 What could cause an 80% drop in employee engagement at one of the world's most successful pharma companies?

An over-reliance on performance ratings.

Much like the annual review, performance ratings have come under some pretty serious scrutiny in the business and HR world. And while it's never a bad idea to take a closer look at what is and isn't working, the truth is ratings are just one tool in the performance management toolbox. Like any tool, they’re useful — but not for everything.

For years companies have overused ratings, applying them to every aspect of the business and the people within it. But your success with employee ratings has everything to do with the amount of intention with which you use them.

Let's take a closer look at the value of performance ratings to find out how and where they can add (or subtract) value from your employee appraisal process.

Use ratings to support short-term improvement

One of the best things about ratings is that they can help improve your talent base in the short-term.

While ratings probably aren’t as objective as we wish they were, research shows that a manager's subjective ratings can be good enough for short-term performance improvement.

Dick Grote, founder of Grote Consulting, took a deep look at the research, including a study of 100 companies using a GE-style rank and yank. He found that identifying the lowest 10% of performance, and replacing them, succeeded in helping the business improve. Dick writes that “organizations got their best results immediately, in the first few years after implementing a forced ranking system.”

It makes sense when you think about it. After a few years of cutting low performers, the issue won’t be talent, it’ll be talent management. Brutal as rank and yank can be, it can also be fair in circumstances where the business might be holding on to a group of underperforming employees who simply weren't a great fit to begin with.

Ratings can also be great for creating standards, a crucial foundation for any high-performance culture.

Companies like Asana set standards of independence and responsibility (using their famed AOR model), while Netflix sets unapologetic standards of excellence and skill. Held together by regular performance reviews, these standards coalesce to form the pillars of their workplace culture. While ratings have recently come under fire for being somewhat "counter-cultural", they can actually boost transparency and help employees know where they stand in relation to the company standards.

For example, GE also used ratings to support their company-wide standard of growth and improvement. Ron Ashkenas, consultant and author of The GE Work-Out, writes that GE, “assumes that most people have the capacity to continually grow.” The powerhouse company used rankings and ratings as just the start of a longer performance management conversation, a way to differentiate what employees need what kind of help.

That doesn't mean you put a 10-point scale on a vague metric like, "organization". The qualities you rate must be meaningful and aimed at providing a transparent framework for helping the employee develop. In GE's case, they followed up their ratings system by offering tools and programs to help employees reach their potential. After all, if you're going to tell someone they "Need Improvement", you should be able to help them improve.

Use a smart, straightforward system

Without ratings, you're relying even more on the subjective opinions of your managers — opinions that we know are subject to bias. If you want to use ratings fairly and effectively, start with a system that's simple, clear and based on behaviors (not vague metrics or subjective personality traits).

In one of the best examples out there, Deloitte simplified their ratings system into a famously short performance review, but it kept a rating of employees along two axis, (I would always want this person on my team and I would give this person the highest possible compensation). With the goal of wanting to get the best data, while rating as effectively as possible, Deloitte leaned into manager bias by asking managers to rate based off of their feeling, something research showed they could do accurately.

Deloitte asks managers if they would recommend a compensation increase for an employee, and if they would want that employee on their team. Deloitte’s survey has open-ended questions as well, but these simple ratings-based questions help Deloitte understand how teams are working and how their people are working within them.

At the end of the day, ratings will work. But only when approached intentionally. If you suspect your performance review system is too reliant on ratings, step back and ask what really needs a clear and scalable rating, and what would benefit from a more open and honest discussion. Aiming for a more balanced approach will almost always pay off in more balanced employees.