The Biases You Must Remove from Your Performance Reviews 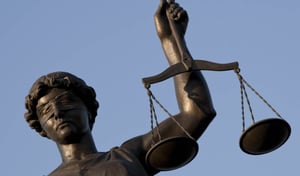 Did you know that even after developing the best HR performance management system for your organization, you still have to deal with rater bias? Objectivity is the key to a good appraisal system but unfortunately, it is not always easy to attain. Performance data is created by people, and people's opinions can be biased in a number of ways.

What is rater bias and why does it matter?

Rater biases can come about consciously or unconsciously. They are tendencies that affect how managers rate their employees unrelated to actual performance, they are also called "Idiosyncratic Rater Effects." Here are some of the more common examples:

Ideally, accurate ratings are based 100% on an employee’s performance. Yet when a person’s unconscious bias is applied to performance appraisals, it can lead to inaccuracy, favoritism and even unfair treatment of employees.

Studies have also shown that when employees perceived performance ratings to be affected by rater bias, they expressed reduced job satisfaction further leading to greater intentions of quitting their jobs. Thankfully, there are ways to address rater bias and optimize your performance appraisal process.

The Most Common Sources of Rater Bias

What you can do: In this case, basing an employee’s performance on only one perspective allows the bias to take effect. A 360 degree perspective gathered from multiple sources, such as managers, colleagues and reports, would provide more accurate results. This idea is often referred to as crowdsourcing, and it can help to factor bias out of the equation.

Recency Bias, is likely the most common. It happens when the employee’s most recent performance level skews the opinion of the total work for the cycle being evaluated. This could happen both ways; they performed well for the entire period but made a terrible mistake before appraisal time, or they performed poorly until a recent accomplishment just before appraisal time.

Similarly, the Spillover Bias is a when a manager continues to provide positive or negative ratings for an employee based on the employee’s performance in previous cycles. The rater seems to be stuck in a mode of thinking which might be attributed to a case of forgetfulness. However, this type of bias has the potential to lead an employee to be over or under valued for their work.

What you can do: When trying to address recency and spillover bias, it is important to increase familiarity with the employees over longer periods of time. Some companies like Adobe are replacing annual reviews with quarterly performance discussions. A version of this continued conversation throughout the year gives managers the opportunity to keep up to date with employee performance and progress which brings to light what skills and strengths are being developed, as well as areas that need improvement. Work on a system that allows the attachment of files and notes so employees can be sure that their actual accomplishments are being considered when managers complete their appraisal.

Leniency and Severity Bias is when managers tend to rate higher or lower on average than their peers. This is often attributed to a manager's personality, culture or perspective on management. Since ratings are meant to be compared across the company, this bias will make your comparisons inaccurate.

Another bias is the Affinity Bias, where the rater gives higher ratings to those employees with whom they believe they have more in common. Opposite to it, the Alienation Bias is the tendency to give lower ratings to those with whom the manager believes they have less in common. This is typical in a situation where the rater and employee both grew up in the same town, have a similar heritage, or favorite sports team.

Lastly, the Comparative Bias rates an employee in comparison to another one, or groups of others, instead of evaluating them based on their ability to meet the defined performance expectations.

What you can do: When dealing with these types of behavioral bias, it is important to focus on definitive behaviors as well as measurable goals or achievements. Ratings often cover subjective metrics, but rather than asking if one answers the phone promptly/courteously, you might ask if one answers the phone within five rings or with a specific greeting. Having descriptors for the rating scale can also guide a manager to choose the proper rating and put away the bias.

Ratings are important because ratings equal data, and companies love data. You can decide to pursue good data by removing all bias, but another option is to just not collect or trust quantitative data in certain situations.

There isn’t a perfect way to eliminate every single bias, because in the end, people are the ones rating, and people are biased. So focus on helping people generate the best performance data possible, and back it up with more subjective and long form questions as well.