In this series we explore the science behind the 5 elements of a SMART Goal (Specific, Measurable, Agreed On, Realistic, and Time Constrained). This week's article is about the “S.” 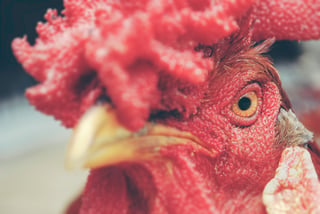 SMART goals are most commonly associated with the iconic management consultant Peter Drucker. He articulated the ideas behind SMART in his 1954 book The Practice of Management. Drucker believed an organization should start by setting objectives and then working backwards to determine the work needed to to achieve them. The actual acronym however did not appear until a 1981 article entitled There's a S.M.A.R.T. way to write management's goals and objectives.

The ideas behind SMART are timeless, however if you simplify complex ideas into simple acronyms a lot is lost. That is why we think it is time to go back to the source, and explore exactly what makes SMART goals smart.

This week we look at the S, which stands for “Specific.”

The reasoning behind setting “specific” goals is that we perform better when we know what to do. Think about your to do list. Which are the items that get done quickly and which are the ones that seem to stay on your list forever? If you are like me, something like “Buy a dozen eggs” will get done quickly while “Buy a chicken” might stay on my list for weeks. I have lots of experience buying eggs and can get right on it without much thought. I have never bought a chicken and having lived in the city most of my life I’m clueless about where to start.

There have been several studies that prove this. One study, out of Stanford, created two versions of a reward card for a frozen yogurt shop. The first version offered 1 free yogurt after purchasing any six flavors of yogurt in any order. The second version required ordering banana, apple, strawberry, orange, mango, and then grape in that order to receive the free cup.

The customers given the more specific version of the rewards card were 75% more likely to return to the store 6 times, complete the card and get their free cup of yogurt.

Professors Edwin Locke and Gary Latham have also written about this phenomenon. They found that as we move further outside our own area of expertise we have to engage in more and more problem solving to understand how to approach a goal. This can have negative consequences on our ability to stay motivated and complete our goals quickly.

It is a logical idea. If buying eggs is my goal I can move right to completing it. However if I am tasked with buying a chicken I will first have to engage in some problem solving, starting with my very minimal knowledge of chickens and expanding on that knowledge until I know enough to complete the task. This second process involves a lot discovery and does not always happen in a predictable way. The less I know about chickens at the start the longer and more unpredictable the process of buying a chicken will be.

You might have already noticed that buying an egg and buying a chicken are equally specific sentences. Which I did to make the point that just because you give someone a goal that sounds specific does not mean you are living up to the reasoning behind SMART goals. Specific goals should have a clear path to success for the person receiving the goal. If you’ve ever worked with a young intern, you know that specific goals mean different things to different people. For the lowly intern even getting a cup of coffee requires tremendous problem solving.

Lets return to the frozen yogurt example for a moment. There is something I didn’t tell you. The researchers also measured how many people wanted to take part in the rewards program. They presented one of the two versions and asked if the customer would like the rewards card.

We are great at completing specific goals, but we want flexible goals. This leaves us with a conflict. On the one hand employees are more likely to want to take on flexible goals that give them autonomy and let them do a little learning and problem solving. On the other hand employees will be most successful with a specific set of goals that requires no thinking, just rote action.

As a manager then we must balance these two forces. Generally goals that push employees slightly beyond their existing skill set, so that their skill set can still be applied to solving the new problem will be both quickly achieved and stimulating for the employee.

Another approach is to ask yourself, am I trying to get buy-in on a new goal or am I trying to get a difficult goal completed? If you want your team to embrace an easy but unpopular goal, consider making it a little less specific and a little more flexible so the team can embrace it and make it their own. If you already have lots of support but the goal is very difficult, consider being very specific so the team can apply their energy to exactly what needs to be done.

All that boiled was down to an "S." Before reading this you might have been forgiven for wondering why your intern still hasn't bought you a chicken.