The History and Science of Performance Management 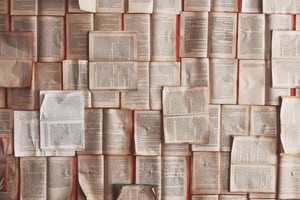 How often do you hear phrases like 'she's a natural athlete' or 'he's a gifted designer'?

Behind these common expressions, there's a hidden assumption that some of us are more talented than others. But is that true? Is the secret to high performance really just natural-born talent?

Or is performance something we can nurture within our environment? In June 2017, when Alex Honnold made history by becoming the first person to climb to the top of El Capitan without ropes safety gear, the internet was buzzing with speculation over these very questions. What was it that helped Alex accomplish this extraordinary feat? Was it physical aptitude, natural climbing talent or sheer mental will? According to research, the science behind an Olympic goal medal and a Nobel Prize is actually the same. Let's take a look at what some of the brightest minds in business history have discovered about the "secret sauce" of great performance.

What do we know about human performance?

Our quest to understand human performance has intrigued scientists and psychologists for at least a hundred years.During the first half of the 20th century, the labor market was rich in human capital. With plenty of workers at their disposal, employers needed a way to discern between good and bad performance (or in more direct terms, who to keep and who to fire).

But it wasn't just employers who needed help classifying talent. During the First World War, the US military had so many recruits, they needed a quick way to identify poor performers and select stellar soldiers. They designed the first recorded merit-rating system to achieve that aim. By the 1990s the McKinsey War for Talent Study pointed a spotlight onto a fast-changing labor market. A shortage of talent due to the departing baby boomer generation was driving demand for a more sophisticated understanding of performance and reward systems.

Douglas McGregor — The Human Side of Enterprise

In 1960, Douglas McGregor penned his well-known Theory X and Theory Y. Together, these two theories clarified the differences between the key management styles of the time.

The authoritarian management style, Theory X, dominated business in the first half of the 20th century. The focus was on productivity, accountability and recognition. It assumed that when left to their own devices, workers will inevitably slack off. Under Theory X, managers were expected to control employee output through rewards and rankings.

In contrast, Theory Y defined a management approach that seeks to support employees. Rather than the classic carrot and stick routine, leaders who subscribed to Theory Y believed that employees genuinely want to perform well. Under this theory, it’s up to managers to develop and nurture this commitment in order to help employees reach their full potential at work.

The influential psychologist Abraham Maslow is best known for his motivational theory The Hierarchy of Human Needs, often shown as a five-tier pyramid.

Each level, starting at the bottom must be satisfied before you can move up. Maslow outlines human needs in the following order, bottom to top: physiology, safety, love, belonging and finally, self-esteem and self-actualization in the top spot.

Until this point in the history of performance management, psychology only focused on curing mental illness. No one bothered to investigate people who were mentally healthy. This piqued Maslow's curiosity. He noticed a correlation between healthy people and increased states of being that he named 'peak experiences'.

Today, the entire field of positive psychology, made up of theories that focus on human strengths rather than weaknesses, is grounded in Maslow's work.

With self-actualization now pinpointed as the holy grail of human performance, management consultant and author Peter Drucker set out to develop a framework that would help managers lead their employees to the top.

In 1954, Drucker argued that employees should have access to learning and development opportunities equal to those of managers and business leaders. And at the time, this was a radical position. Until this point, the biggest names in organizational theory had presented employees as subordinates whose only real job was simply to do what they were expected to do.

Fun fact: Drucker is also the brains behind SMART goals and the term "knowledge worker."

He spoke to Japanese teenagers, Navajo farmers, athletes, chess players, dancers and factory workers to name a few. The result was fascinating. Regardless of their background or career, they all described experiencing a sensation they called ‘flow’ during peak performance.

In the 1990s Csikszentmihalyi utilized these findings to fully develop his theory on happiness, considering the two completely interlinked. He defined flow as the experience a person has when they are "completely involved in what he or she is doing." In the example of a musician, Csikszentmihalyi explained: "If you are playing a musical instrument you know what notes you want to play, every millisecond.”

A person performing under Csikszentmihalyi's definition of flow, reaches maximum productivity almost effortlessly and feels great as a result.

Steven Kotler took the concept of flow a step further with his Flow Genome Project.

Kotler is often described as one of the world’s leading experts on human performance. He calls flow the “optimal state of consciousness where we feel our best and perform our best.” He explains that when we're in a state of flow “all aspects of performance both mental and physical go through the roof.”And according to a 10-year study conducted by McKinsey, Kotler's theory holds water. The study found that senior employees were up to five times more productive when performing from a state of flow. The bad news? The study also found that the average employee spends only 5% of their overall time in flow.

Just imagine the impact of increasing this to even 15 or 20%.

But how can you create flow in the day-to-day? According to Kotler, flow happens more often if you surround yourself with novelty, complexity and unpredictability.

The ‘fail forward’ ethos is one example of how companies can alter their culture to encourage more flow at work. For example, Google asked employees to deliver ten times more improvements, rather than 10% growth. By saying ten times instead of 10%, they're opening the door to radical new ideas rather than simply trying to optimize the status quo.

Let’s take a quick look at what happens to the human brain during performance.

Neuroscience tells us that the human brain is malleable. It can adapt to its environment, creating new neural pathways and thinking patterns. Our flight or fight response is a perfect example of this.

Discovered by physiologist Walter Bradford Cannon at the beginning of the 20th century, flight or fight response asserts that when humans perceive a threat, adrenaline is released in the brain causing an increase in our heart rate and often making us feel sweaty or even nauseous. The idea is we'll either stay and fight the threat or take off running.

Thousands of years ago, this physiological response gave us a life-saving biological advantage when faced by hungry tigers and other prehistoric dangers. But in the modern world, our threats are much more minor. Today, it's mostly things like public speaking, deadlines and of course, performance reviews that tend to make us sweat.

So how does this impact our performance? Does a shot of adrenaline speed us up or burn us out? A study by VitalSmarts found that 83% of leaders and 77% of workers say that top performers have less stress, confirming that increased stress and pressure does not lead to increased performance.

Why a slow brain is a good thing

Thanks to technological advances like brain imaging, we can now map the brain patterns of high performers to see what's really happening in there.

Historically, many theorists believed that during peak performance our brain usage actually increased and went into hyper mode. But actually, the human brain slows down and becomes hypo during peak performance. The pre-frontal cortex, the area of the brain responsible for our inner chatter and sense of time, gets essentially switched off in a phenomenon that neuroscientists call transient hypofrontality.

That's why when a person is deeply focused on completing a task, they seem to make decisions almost automatically. If your inner voice of self-doubt is activated, you become distracted and lose focus.

The answer to the question what makes one person perform better than another is anything but straightforward. The research shows us it’s a complex interplay of internal and external factors and unfortunately, there's no magic formula for getting it right. But one thing we do know is that given the right set of circumstances, support and mindset, we all have the ability to do great work.