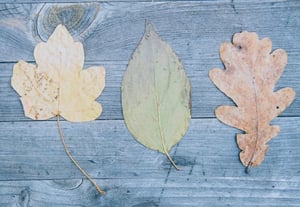 Some of the biggest names in technology and finance are not just making headlines for innovative advancement in their industries. Believe it or not, these companies also have unique approaches to performance management leading the way. Systems created by them for discovering great managers are becoming a trend and technology developed for their employee review purposes are grabbing everyone’s attention. Thriving in their performance management goals, one thing these three companies have in common is they saw a need for modification, and set out to reinvent the way they manage employee performance. The results have kept their employees happy while saving their businesses time and money.

Google is an American multinational technology company that specializes in Internet-related services and products. They have what some might say is the world’s most progressive human resource organization. Google calls it “People Operations Practice” and they focus on three main purposes:

Taking a further dive into the way they implement these purposes, we find out that Google has a combination of some traditional HR practices with a new twist. This summary breaks down the performance management process Google is well known for:

Betterment is an online investment company known for using technology to yield returns. They do not get paid for certain funds or have any of their own, which gives them their customer centric style. Through the years, Betterment’s HR approach has emphasized a performance management philosophy of constant iteration. Jon Stein, Betterment’s CEO and founder, says the best system is one that changes easily just as your company grows and changes also. What he has learned from several trial and errors can be summed up into a final version of Betterment’s Performance Management System including:

IBM is an American multinational information technology company, that recently changed it’s 10 year old performance review system for a brand new approach that shifts employee goals throughout the year and involves much more feedback. This change came about because IBM’s chief HR officer noted employees were already doing work differently. The former system, quite similar to many traditional annual reviews, asked employees to set their goals for the year in January. After a mid-year check-in with management, they’d receive a final assessment and a single performance score in December of that same year. According to Diane Gherson, employees entered a variety of situations throughout the year, which meant oftentimes they weren’t even working towards those original objectives. So managers ended up in “irrelevant discussion” during the annual evaluation trying to determine whether the 11 month old goals were fulfilled. What they ended up with was an effort of crowdsourcing ideas from 380,000 employees across 170 countries.

They eliminated some unexpected ideas:

The result was an app-based performance review system, they named “Checkpoint”. With Checkpoint, IBM employees will have a performance management program that addresses several key objectives:

Kudos to IBM for creating an app! There is now no single measure of an employee’s performance like in the old system. Before there was only one score but now there are five. This makes for a much more dynamic and balanced discussion.

Google, Betterment, and IBM remained flexible in their approach to HR practices. As a result, their creativity led them to redesign performance management systems that just weren’t effective anymore. In all likelihood, these practical examples of companies managing performance in their own way prove one size doesn’t fit all but there are certainly great models to glean from.